The R&D Framework Program for the period 2021-2027 is already in operation. Known as Horizon Europe, it comes to give continuity to the previous Horizon 2020 Program which, with a budget of more than € 70,000 million, was fully executed between 2014 and 2020. It is a new program that will have a budget for the Union of 27, more than € 95,000 million, the purpose of which is to finance R&D&I activities with high European added value from 2021 to 2027. To increase this budget for R&D it has been necessary to apply reductions in the budgets for the common agricultural policy and cohesion funds and increase the allocation for research and development, thereby minimizing the effect of leaving the United Kingdom. In addition, it has been reinforced with funds from the new European Recovery Instrument (Next Generation EU), designed specifically to support the recovery, transformation and resilience of European societies after the Covid-19 pandemic. 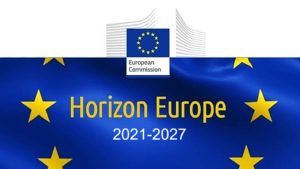 In this context, Spain is urgently promoting the alignment of state and regional aid and its synergy with European funds, as well as the leadership and Spanish presence in decision-making areas of the community structure of R&D+I. Our objective should be to promote the Spanish participation, of companies and research and / or technological centers, and their leadership in European R & D & I programs, optimizing the use of available resources, in accordance with priorities, strengths and interests of our country and our companies. 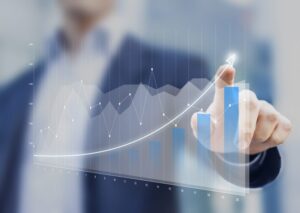 To this end, our authorities propose to increase the success rates of Spanish proposals, both for new entities participating for the first time in European programs and for those that already have experience. Some of the indicators that will be implemented to measure these success rates are the following: Lead, at least, 17% of the total projects financed in competitive calls from Horizon Europe and achieve that, at least, 2,800 actions of the Program Marco Horizonte Europa are coordinated by Spanish institutions, bringing us closer to the success rates of approved and financed proposals of, at least, the average obtained by the EU28 countries. At the level of returns, Spain aspires to increase the intensity of participation in its activities, going from 10% of returns in H2020 to reaching 11% in the new Horizon Europe.

With these objectives, the Spanish company must aspire to incorporate, as a basic pillar of its growth and competitiveness strategy, Innovation (R&D&I), and seek to minimize the risk (technical and economic) affecting these activities through reinforcement of its financing with European R&D funds. In addition, it is important to look for the complementary leverage generated by the application of tax incentives that arise from the execution of R&D&I activities.

In this sense, ACERTA continues to be one of the national certification bodies accredited by ENAC in the certification of the aforementioned R&D&I activities, an important requirement when applying the tax deductions generated with maximum legal certainty. And to enhance this strategy, ACERTA will promote during 2021, the new certification of Innovative SMEs whose certification scheme against the AE 0047 standard constitutes the closest challenge for our technical team. We hope shortly to be able to start offering this new certification scheme to all Spanish SMEs that are committed to Innovation as a lever for change and transformation.